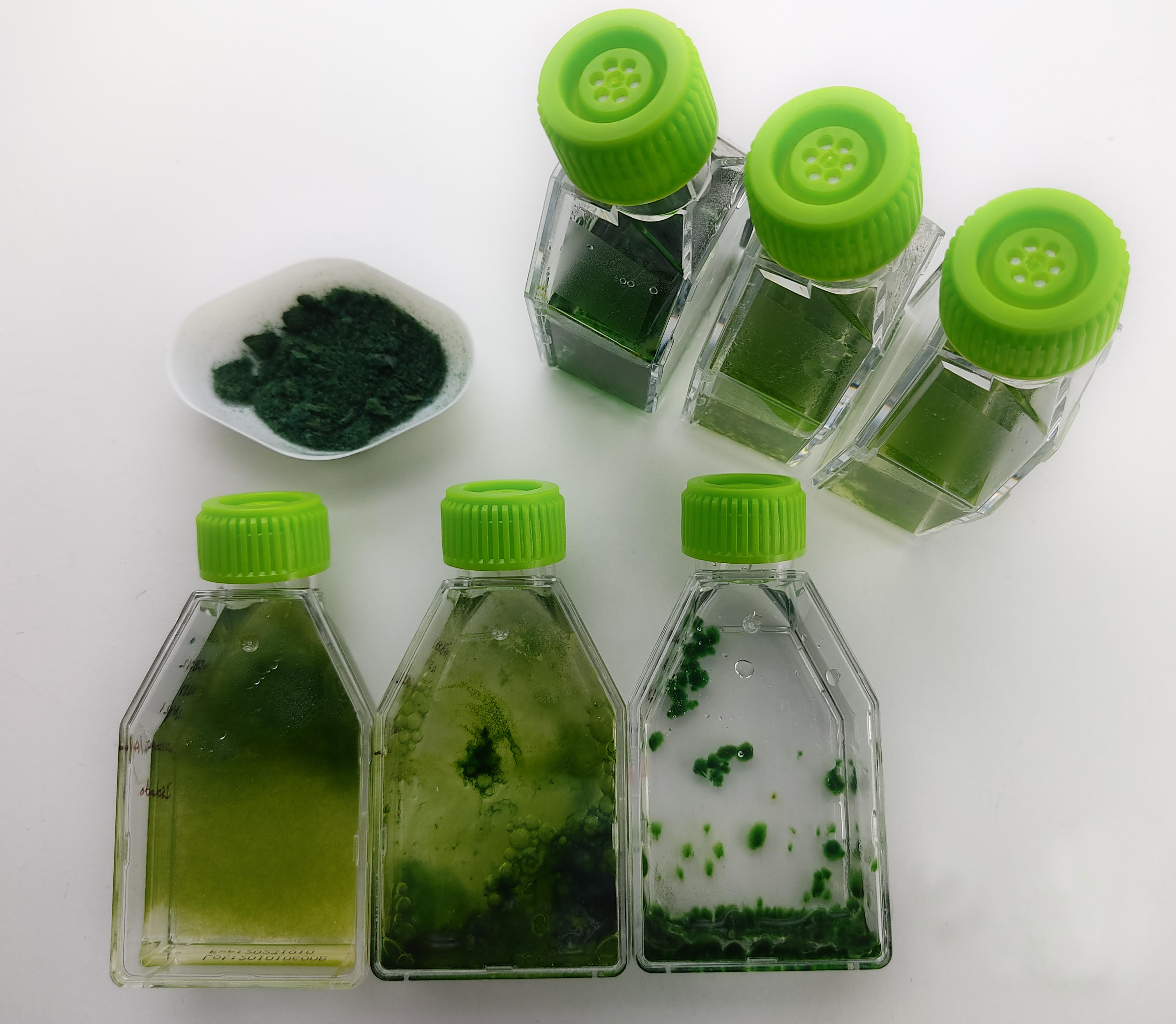 They are anti-inflammatory, antioxidant, prevent the effects of aging, protect against UV rays and act against obesity

It is estimated that there are 100,000 species of these microorganisms in the world, but only a small percentage have been studied or exploited for commercial purposes

ActiveAlgae will transform the market for cosmetic products with the use of ingredients or extracts of rare microalgae biomass, using its great biological diversity and active properties, far superior to the marine plants currently used in the sector.

This initiative, which is currently being accelerated in the Sherpa do Mar entrepreneurship support program, Sherpa Journeys, is based on the creation of libraries of these unique microorganisms to be cultivated in the laboratory in a controlled and sustainable way.

"We analyze the eukaryotic algae that we discover to determine what properties of interest they may have for the cosmetic industry," says Pedro Leão, researcher and co-founder of Fykia Biotech, a spin-off of the Interdisciplinary Center for Marine and Environmental Research (CIIMAR) that is developing the project.

Its qualities are very varied and beneficial for health: they are anti-inflammatory, antioxidant, prevent the effects of aging, protect against UV rays and are antiobesogenic, that is, they contribute to alleviating the development of obesity.

It is estimated that there are between 30,000 and 100,000 species of microalgae in the world, of which only a small percentage have been discovered, studied in detail or exploited for commercial purposes. These microorganisms, better known as phytoplankton, are found in oceans, rivers, lakes, sea floors and rocks, and live fixed to a substrate or floating freely in water.

Pedro Leão's team, made up of four established researchers, Vitor Vasconcelos, Ralph Urbatzka, João Morais and Leão himself, as well as two research residents, Ana Silva and Rita Vieira, has been working at ActiveAlgae for a decade. "We still have two to three years of research and technological development, and then we have to increase production," says Leão.

Fykia Biotech has a product launch term of five years in total, given the technical difficulty required to cultivate the microalgae in a laboratory. Its objective is to develop ingredients or biomass extracts for companies already established in the European market.

About Sherpa do Mar

Sherpa do Mar is a project integrated in the INTERREG VA Spain-Portugal Cross-Border Cooperation Program (POCTEP) 2014-2020, co-financed 75% by ERDF funds, whose purpose is to launch a cross-border network of entrepreneurship in the marine-maritime field and blue economy, through the Sherpa Journeys program, which favors job creation and increased business competitiveness through the promotion of technology-based companies.

The project is led by the University of Vigo, through the REDE research group, Campus do Mar and the R&D Office, and has the participation of the Vigo Free Zone Consortium, the Galician Innovation Agency (GAIN) and the universities of Santiago and A Coruña. On the part of Portugal it has the participation of the Asprela Technology Transfer Association (UPTEC), UPorto-Innovação of the University of Porto (UPIN), the Interdisciplinary Center for Marine and Environmental Research (CIIMAR) and the Fórum Oceano-Associação da Economia do Mar.